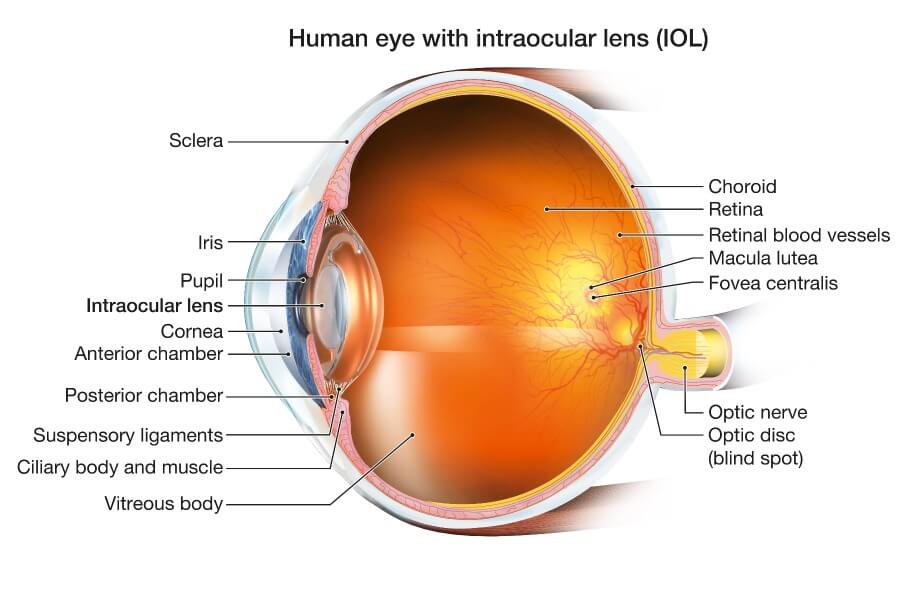 It is rare for an intraocular lens to come loose in an eye that underwent uncomplicated cataract surgery or refractive lens exchange.  During an uncomplicated cataract surgery or refractive lens exchange, a circular opening called the capsulorhexis is made and the natural lens is removed leaving an intact capsular bag where the new intraocular synthetic lens is inserted. Because the natural lens that became the capsular bag is attached to the inner wall of the eye with fibers called zonules like a trampoline, and because the newly implanted lens is enveloped and supported by the capsule of the old lens, it is rare for the intraocular lens to come loose especially after the passage of time.

What Can Cause An IOL To Come Loose?

Major trauma to the eye especially shortly after the procedure may cause loosening of the intraocular lens or dehiscence of the zonules holding the capsular bag in place. Patients with a genetic condition called pseudoexfoliation syndrome have weaker or more delicate zonules than usual.  The zonules may weaken spontaneously or may be easily injured during the procedure putting the eye at risk for loosening of the intraocular lens.  Both trauma and pseudoexfoliation syndrome may also cause loosening of the natural crystalline lens in an eye that did not undergo surgery.

Surgical complications during the procedure may injure the zonules or may cause a break in the capsule of the crystalline lens being removed that serves as a support for the newly implanted intraocular lens.  If the newly implanted intraocular lens is not well supported by the capsular bag, it may dislodge from a central position and become loose.